Combine liquid, salt pepper, and butter in a small saucepan and bring to a boil. In a separate bowl, combine a beaten egg into the Groats and mix well, making sure all the kernels are coated.

Place the egg-coated Groats into a 1qt. or larger heavy skillet or frypan which has a tightly fitting cover.

On high heat constantly flatten, stir, and chap the egg-coated Groats with a fork or wooden spoon for 2 to 4 min. or until egg has dried on Groats and the kernels are hot and mostly separate.

Remove skillet from burner and quickly add the boiling liquid.
-Use caution when adding liquid as it will splatter when initially added to skillet.-

Cover skillet and return to low heat and gently steam for 10 min.

Remove cover and quickly check to see if kernels are tender and liquid has been absorbed. If not, cover and continue steaming for 3-5 min. Remove cover, fluff with fork, and serve
Makes approx. 3 cups (6 4oz servings)

Who is Mr. Stanley? & More FAQs 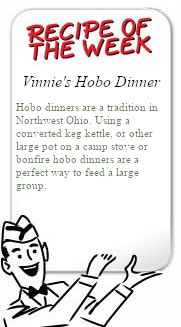